The merle color is a stunning swirl array that literally sparkles in the sunlight.  The color is becoming more and more popular in the Pomeranian breed.  There are several guidelines to follow in the quest to breed them.  Since it is a dominant color, it is an easier color to work with and requires fewer dogs to be kept than most other colors. 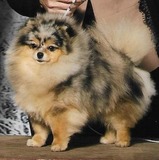 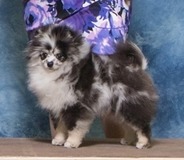 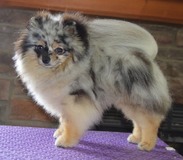 In order to develop a strong merle program you will need to start with an exceptional black, chocolate or black and tan program.  Merles like many colors are lacking in type.  The merle gene is dominant, therefore it only takes one merle dog to produce merle puppies. The merle gene dilutes the base coat of the dog in a random fashion with a few exceptions.  It only effects the black or brown hairs to create patches or a mottled pattern, depending on Sine length. 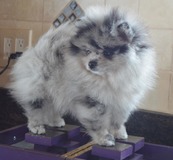 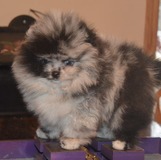 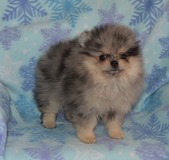 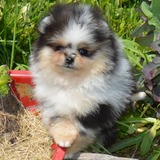 Merle can affect all coat colors. Dogs who are recessive red can still be affected by merle, but the patches are either hardly seen or, if the dog is a clear recessive red, are not visible at all. Combinations such as brindle and sable merle exist, but are not typically preferred.  Often they have a rusty diluted color due to the base coat being e/e or ay. The best way to produce more vibrant color is to use E/E dogs.  Select for clean colors, but select for correct confirmation, soundness and type first. Color can be improved in far fewer generations.

In addition to altering base coat color, merle also modifies eye color and coloring on the nose and paw pads. The merle gene modifies the dark pigment in the eyes, occasionally changing dark eyes to blue, or part of the eye to be colored.

The merle pattern is random, with no two dogs having the same. However responsible breeders should be able to breed out traits that would produce hidden merles. By avoiding breeding merles to sables, oranges, whites, brindles and creams.  Many breeders think they can lighten the color by breeding to white or a cream, but this is not so.  It is a entirely different gene. Also, more importantly, if there are offspring born who are not black or chocolate based, it is difficult to determine if merle without genetic testing.  They should be spayed/neutered to protect against accidental merle to merle breedings.

Most importantly, avoid breeding two merles together. If you avoid doing this you will avoid all of the potential health issues.  When two merles are bred together you risk having pups suffering from eye problems and hearing defects.  While some breeds have a limited gene pool, we do not, so we have many breeding options.

It is not rare for the color to be produced, actually no color in Pomeranians is rare. Producing quality merle pomeranians bred to the standard should be the goal. Any color breeding is challenging and merle is no exception. With a solid foundation, a discerning eye and the conviction to neuter/spay those produced whose quality is in question, it will not be long before they are common in the show ring and more widely accepted by others. Done correctly with the future of the breed in mind.

Below are the current AKC merle poms to title since the first in 2006. 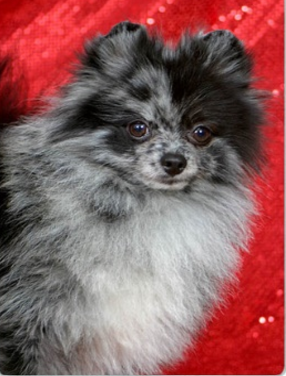 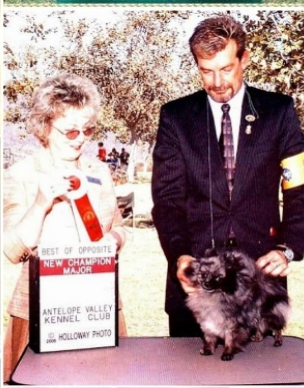 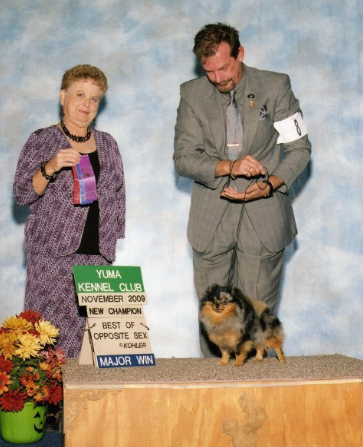 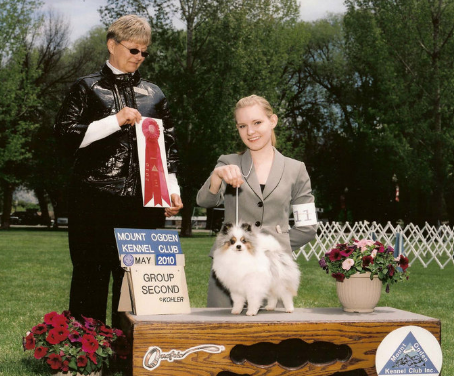 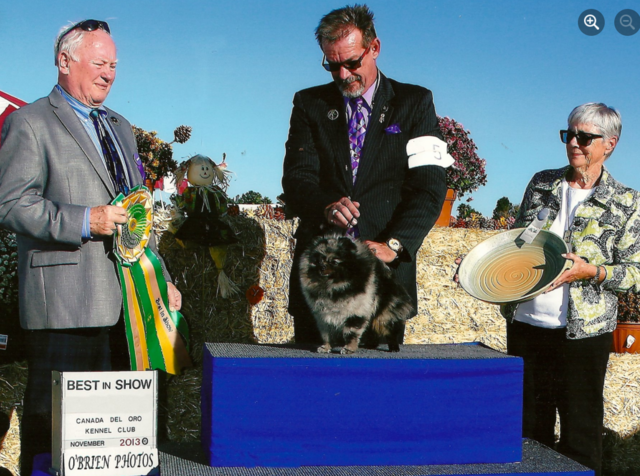 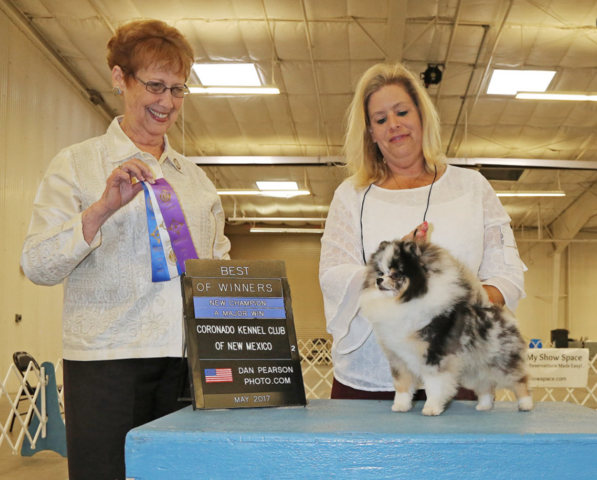 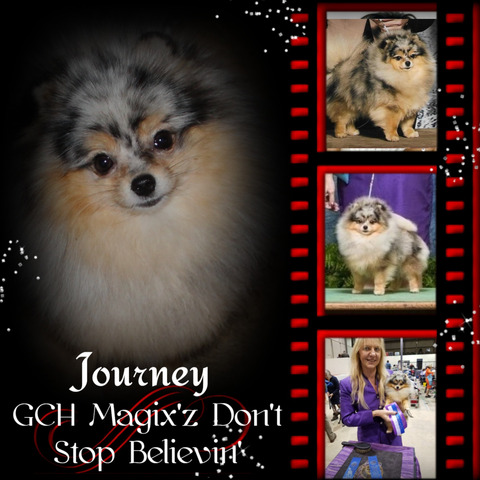 Smoke (CH. Georgia Peach's Smoke gets in your eyes) 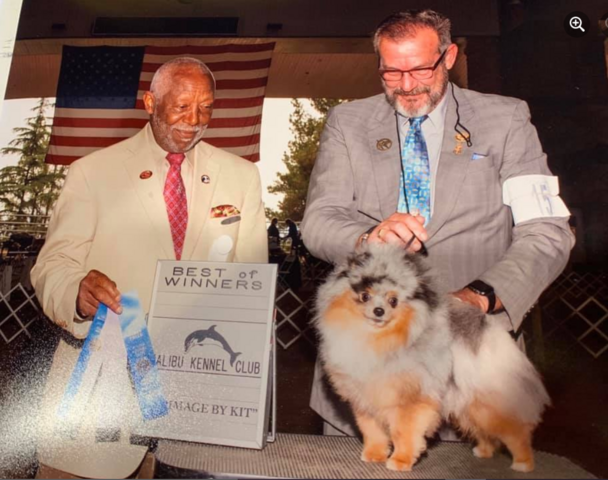 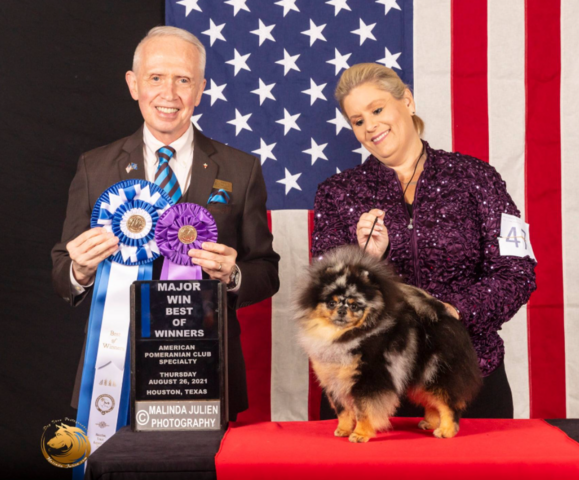 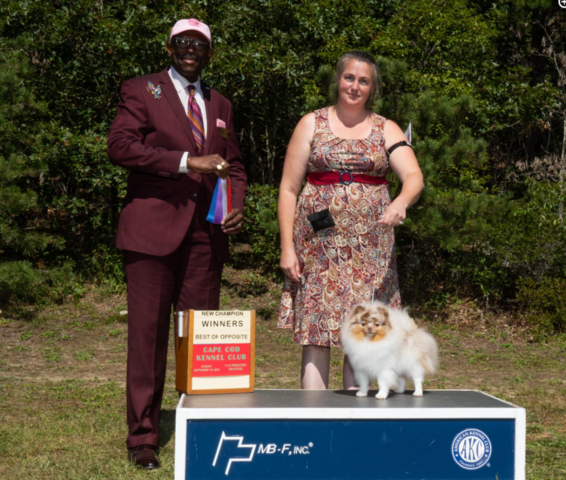 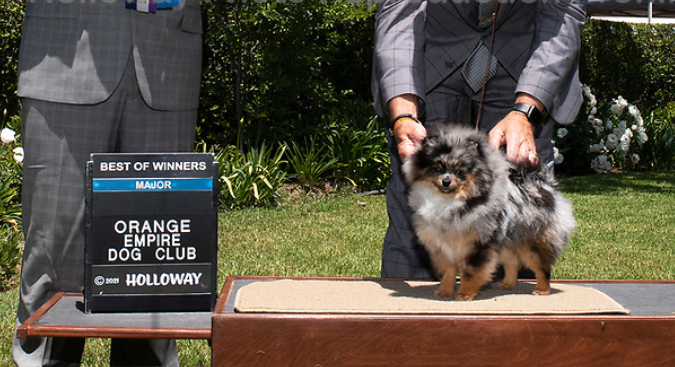 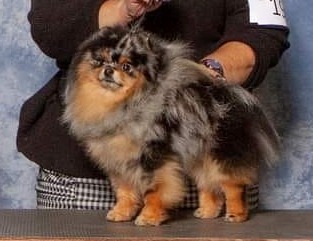 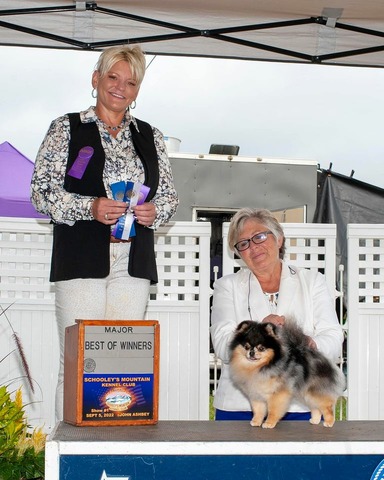